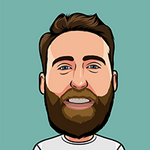 Updated 3 months ago by Hewitt Tomlin

The below table describes device compatibility if you own an Android.

While the Wearables Integration and the Exertion Score are available to Android app users, there are limitations due to the wide array of devices available on the Android platform as well as their ability to connect with the Google Fit application that we source data from.

We have tested several devices internally (see below), but if you have one that is not on this list and would like to try it out, please let us know your experience at support@teambuildr.com.

⚠️ = Data can be received from device, but with limitations (described below)

WearOS Watch: Devices that utilize Google's WearOS are compatible. In our testing, we have found the timing of watches syncing to Google Fit can be unpredictable, so don't be alarmed if you do not see data coming into TeamBuildr right away. Depending on the device, sleep has been inconsistent when syncing to the device, but this will not impact your Exertion Score.

Samsung Watch: In some cases, Samsung Watches (which have their own version of Google's WearOS) do not typically sync to Google Fit without first installing a third-party app like Health Sync.

How did we do?

(opens in a new tab)